This past summer Nicholas started having pain and swelling on the top of his foot. When ice didn’t seem to bring the swelling down we took him to his pediatrician and he was immediately X-rayed and diagnosed with a fracture. After a few weeks of waiting for his foot to heal, Nicholas suddenly started having pain and swelling in his arm. We went back to the pediatrician and another X-ray was ordered. Only this time I was told that the X-ray revealed a mass on his bone. We were immediately scheduled to see an oncologist the following morning at a hospital over an hour away. A biopsy was done immediately and I waited in agony the next week for results. The call finally came that no tumor was found (thank god) but he would need to be seen by infectious disease doctor for the possibility of Osteomyelitis.

Nicholas was admitted to the hospital until a picc line could be inserted to administer antibiotics through an IV.  During his stay in the hospital I asked over and over if there could be a link with his foot being fractured and his arm pain because they had started in the same way. At first, I was told no, the fracture was unrelated. But my intuition told me there had to be a connection. Finally, a pediatric rheumatologist was sent to see Nicholas while we were still in the hospital. The rheumatologist mentioned that CRMO was a possibility. So I started reading up on it immediately. But until infection was ruled out, and a full body MRI we couldn’t be certain.

Nicholas was brave during the weeks of IV antibiotics and he was home schooled during that time. Bloodwork and X-rays showed no change in inflammation and bone condition so it seemed infection was not the problem. A few weeks later we traveled to another hospital to have the full body MRI which confirmed the CRMO diagnosis and discovered even more bone lesions.

He missed out on so much, but his teachers and classmates sent him cards and Get well gifts, as well as the care packages he and his sister received from Kaila’s Komfort and his rare bear which were wonderful to help take his mind off of everything.

We are finding the best treatment options for him and he still has good days and bad days. But, I’m hopeful for him to be in remission and live a pain free life. 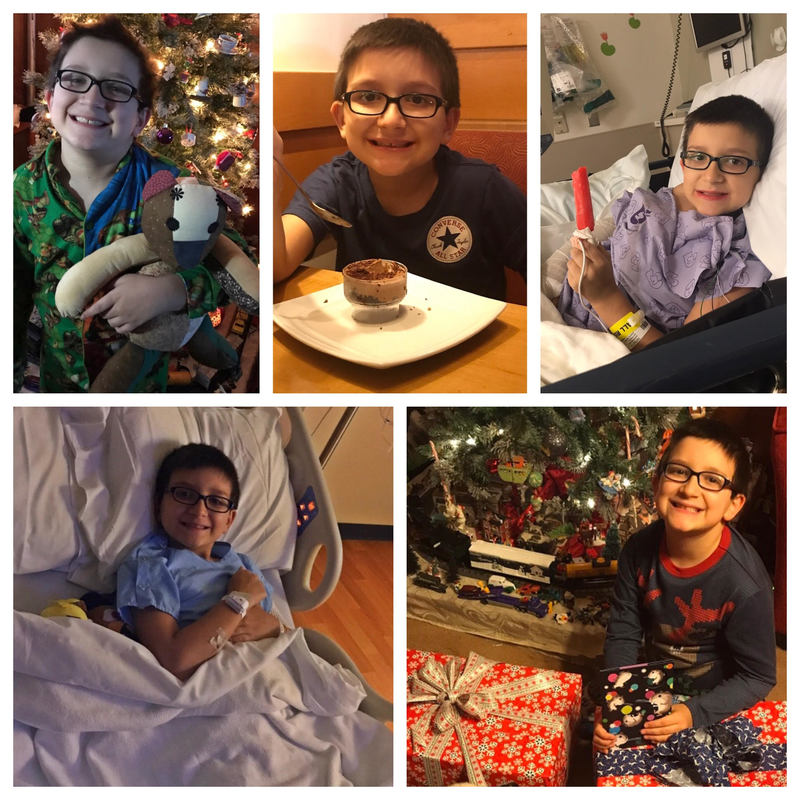